Are you feeling down? Cynical? In need of a pick-me-up?

Not a perfect movie, and a little derivative maybe, but the latest from writer/director John Carney (Once) is the kind of film that just puts a smile on your face. It’s about a group of kids who form a band in 1980s Dublin, their search for the right sound, and the lead kid’s attempt to woo a troubled girl he’s met.

Like Once, this movie involves characters encouraging and inspiring each other to pursue their dreams and talents. Though, while the end to Once was ambiguously optimistic, this one will probably just leave you cheering.

The characters are great, even when portrayed by some inexperienced actors, the music is fun, plus there’s all of the 80s nostalgia. If you grew up in that time frame, in Dublin or not, the costumes and band references will be an added layer of enjoyment.

Sometimes you need a movie that just makes you feel good, and while there are some serious elements involving family troubles, disappointments, and bullies (both young and old), the overall theme is one of triumph.  Or, at least potential triumph.

Ever buy something expensive and then feel like you really need to justify such a purchase?

Well, this is me justifying the purchase of a fancy new Canon 5D Mark II camera.  I asked my friend Libby if she wanted to make a music video for one of her songs.  She said, yes, so then I had to come up with an idea.

Learned a lot from my first professional-esque shoot.  Hopefully I’ll apply those lessons to the next one, and things will go even smoother and look even better.

But hey, it was a lot of fun, and made me want to make more music videos or movies or anything really!

Well, I saw this little non-movie  meme posted over on Cut the Crap Movie Reviews and decided that I’d fill it out for meself.  It’s been quite a while since I’ve posted something anyways.

I need to get back to watching a movie or two, eh?

Anyways, on to the music questions!

1. Open up your iTunes, music player, spin the CD, whatever, hit shuffle and tell us what is the first song to play…

2. Name your top 5 favorite bands/musicians of all time

This is difficult since my tastes have changed over the years, but I guess the most lasting ones would be:
The Beatles, Camera Obscura, Dar Williams, The Nields, and ELO

I don’t recall exactly what the first thing I owned was, but it was definitely on a record.  It was probably either the single Take On Me by Aha or Take These Broken Wings by Mr. Mister. 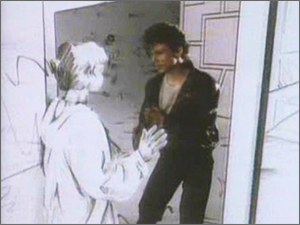 4. Of all the bands/artists in your cd/record collection, which one do you own the most albums by?

I’m assuming it’s The Beatles.  It definitely is if you count all their solo stuff as well.

5. What was the last song you listened to?

Currently playing on my mp3 player is…Dead of Winter by the Eels.

6. What song would you say sums you up?

Nowhere Man – The Beatles…heck, in Yellow Submarine the Nowhere Man was even named Jeremy.

7. What’s your favorite local band or band that originated from your hometown?

That’s easy, The Sarah Mac Band!  Yeah, they’re friends of mine, but they’re good too.  And I made their website for them.  🙂  http://www.sarahmacband.com

8. What’s the greatest concert you’ve ever been to?

That’s tough.  Seeing Paul McCartney at the Georgia Dome in 1993 was good.  But I also very much enjoyed seeing Camera Obscura for the first time at the Club Downunder in Tallahassee in 2007.  The Stars put on a very good show there too.

9. What musician would you like to hang out with for a day?

10. What was the greatest decade for music?

60s, though pretty much every decade from the 50s on has had some good music if you look hard enough for it.

11. What is your favorite movie soundtrack? 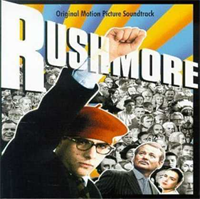 12. What’s the most awful CD/record/etc. you’ve ever bought?

Back in the day I bought a CD by Jennifer Paige after hearing that song she did, Crush.  Yeah, embarrassing…

I never owned any band posters that I recall.  My brother had a cool White Album poster though.  As for t-shirts, I think my favorite one was a Kate Rusby shirt that was black and had a little cartoon drawing of her on it.  Sadly, it started falling apart, but I still have it.  I had a pretty cool Beatles Hey Jude shirt in high school as well.

14. Rolling Stones or The Beatles?

Beatles, and it’s not even close.  Though, I do like a fair number of Stones songs.

15. What is the one song you would most like played at your funeral? Your birthday? While on a romantic date?