could you eat this instead of me, please? thanks.

Gobber: And with one twist, he took my hand and swallowed it whole.  And I saw the look in his face – I was delicious!  He must have passed the word because it wasn’t a month before another one of them took my leg!

After a young Viking, Hiccup (Baruchel), wounds a dragon in battle, he befriends it and begins to learn that the dragons his people have been fighting for years might not be exactly what they seem to be.

There’s a lot to like about this one, but a few things that hold it back from being one of my animated favorites.

First, the good.  The visuals are pretty amazing, and I’m sure would’ve been even more stunning in 3-D on the big screen.  Still, they’re impressive enough at home in HD.  Also great was the story of Hiccup befriending the dragon – which he named Toothless – and his realizations about all of the dragons’ true natures.  Obviously there are lessons here about getting to know your perceived enemy and understanding exactly why you’re fighting each other in the first place.

All that stuff was handled quite well, but what I wasn’t a huge fan of was the tired storyline of a single father with a son who is not living up to his expectations.  There’s nothing inherently wrong with that storyline, but it seems to be a fallback for animated films these days.  Off the top of my head, it’s used to some extent in Kung Fu Panda, Finding Nemo, and most obviously in Cloudy With a Chance of Meatballs.  It’s just such an obvious and predictable road to go down.

Also…Jay Baruchel’s voice bugs me.  I know that seems like a minor complaint, but in an animated movie where he’s the star, that can severely hamper a person’s ability to enjoy it at times.  The other voices are all fine.  His just got on my nerves for some reason.

Regardless, it’s a movie worth watching.  The dragons storyline is good, and the visuals are captivating.  Though, I’m still wondering why none of the kids had the same accent that all the adults had…

Always carry around a smoked eel if you think there’s a chance that you’ll encounter a dragon.

10 – 1 for the overused father/son storyline – .7 because Baruchel’s voice annoyed me – .5 because I think the script could have been a little wittier = 7.8 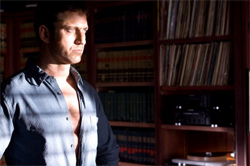 Nick: Clyde, I think you’ve got me confused with the detail people.  See, I don’t deal with prison conditions.
Dunnigan: I believe those cots are bolted into the cells.
Clyde: Well that’s what wrenches are for, dumba**!

Ten years after his wife and daughter were brutally murdered right in front of him, Clyde Shelton (Butler) seeks to violently bring down the very justice system that he feels failed him.

Not bad.  Could have been better, but…not bad.

The whole thing seems highly implausible, but that’s mostly forgivable in the case of an action/thriller.  The problem is, I didn’t feel like we really knew many of the characters at all.  I guess Nick Rice (Foxx) had the most depth, but everybody else, even Butler to an extent, felt like cardboard cutouts being moved around when and where necessary.  There was only a few minutes at the beginning where we see Clyde pre-mad-bomber stage.  He’s making jewelry with his daughter, or something, so we have to assume he’s an average, loving father.  We don’t really get to see any real transformation take place in the character, which makes the movie seem even more unbelievable at first.  But then we find out a ways in that he’s some sort of super-spy who’s an expert in killing people.  Okay, maybe he’s not just an average, loving father.

The acting is good enough, even though it’s mostly just people yelling at each other in jail cells, courtrooms, or various other settings.  I wish they’d made Clyde a little more sympathetic and conflicted, though.  It doesn’t take long for him to go from somebody we’re rooting for as he takes out the guys who killed his family to somebody we’re backing slowly away from as he starts trying to take out anybody and everybody who had anything to do with his case.  I think it would have been nice to keep the audience unsure about whether they wanted to back away or stick with him for a little longer.

There are a few unexpected turns along the way, but overall, it ends up exactly where you’d expect it to.  Not that that ruins the movie, it just makes it seem all the more ordinary.

Not bad…could have been better.

Abby: Do you realize that I once had the Archbishop Desmond Tutu on this show?
Mike: Who’s that?
Abby: I can’t even demonstrate how far I’ve fallen because you’re not smart enough to get the references.

Abby (Heigl) is the producer of a morning show that is suffering in the ratings.  Her boss hires the loud-mouthed host of a local cable show called The Ugly Truth to spice things up and boost ratings.  Abby has a problem with the new host, Mike (Butler), but soon is asking for advice from him on how to win the heart of the doctor who lives next door to her.

There’s really not a moment of this movie that isn’t totally predictable.  It’s as formulaic as they come, but I have to admit that I enjoyed Heigl and Butler’s interactions to a certain extent.  Not enough to say it’s a good movie, but enough to say that it’s not as bad as I thought it would be.  The problem is, despite the enjoyable interactions, it gets tiring because there’s never a doubt as to where the plot is going, so it all seems pointless.  I suppose that’s common in romantic comedies, but it’s especially true here.

The supporting characters aren’t given much to do either, which is usually a sign of lackluster writing.  Cheryl Hines and John Michael Higgins are pretty good as co-anchors of the morning show, but their act is fairly one note and eventually grows tiresome as well.  Abby’s dream doctor, Colin (Winter), is exceedingly boring, which is one more factor in the predictability of the plot.

Another tradition of romantic comedies is to borrow (aka steal) ideas and scenes from other comedies, and recycle them with a subtle twist.  This movie is guilty of that too, most glaringly when it steals the ear microphone scene from Roxanne.  Abby wears a mic in her ear on her date with Colin and is instructed on what to say by Mike who is sitting nearby.  Of course, he ends up cursing about something unrelated, leading to Abby idiotically repeating everything he says, confusing Colin.  Hilarity.

Yeah, that’s about the level this movie is operating on.  It wastes a pair of good lead performances on material that’s all been done before and to better effect.

Be a jerk, women love that.